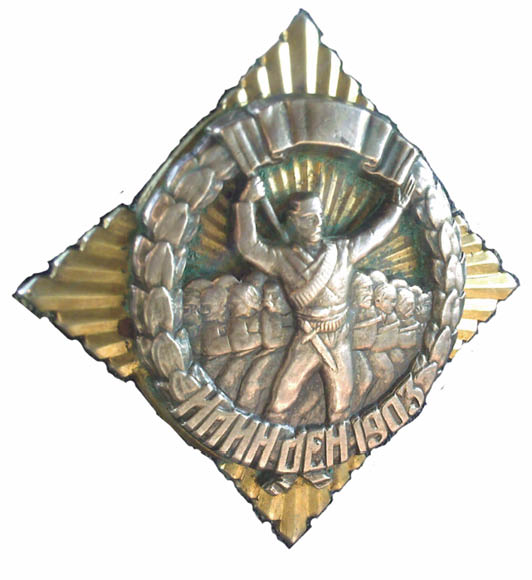 Although it is a memorial medal for a particular event, which represents the third and lowest group of decorations, after the orders and medals, the medal itself is worthy of an order. He is a cross star, a work of the famous sculptorr Antun Augustincic, and is inspired by the Order of the People’s Hero of Yugoslavia, also the work of Augustincic. The production is in ICOM Zagreb, the authorized workshop for making orders and medals.

According to the Law, the Ilinden Memorial Medal is a popular recognition of the meritorious participants in the Ilinden Uprising and can only be given to those who participated in the events, and who have so far remained loyal to the Macedonian people and consistent with its struggle for liberation.

The holders of the Ilinden Memorial Medal also had special rights, such as the right to medical treatment at public expense, free one-month vacation, transportation discount and funeral at public expense ”(NRM Official Gazette, 16/1950).

The enactment of the Statute of the Ilinden Memorial Medal of 31 May 1951 regulates in greater detail the shape and materials of which it is made, as well as the manner in which it is worn (Official Gazette of the NRM, 23/1951). 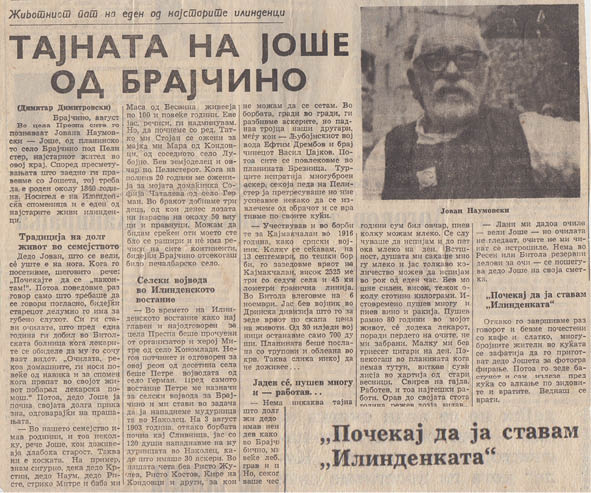 “The Ilinden Monument is a square measuring 60 mm. The substrate surface is made of gold-plated nickel in the form of radial rays, which reach the outer edge of the Memorial and are serrated. On this surface is inscribed a circle with a diameter of 60 mm from two laurel branches, which are tied at the bottom. Below the circle, seven of the radial rays come to the corners of the underlying surface. In the circle there is a relief of silver nickel Ilinden fighter in a attac line and with rifles in their hands. In the middle of the medal there is a relief of a fighter from the Ilinden Uprising with two belts, one extending from the left shoulder across the chest and the other around the belt and a stick, holding in the right hand the banner of the uprising, covering the upper part of the inscribed circle. At the bottom of the inscribed circle, where the laurel branches are made up, is an inscription: “Ilinden 1903”.

The central figure and the inscription “Ilinden 1903” are made of pure silver. The face of the monument is cracked. The medal is worn without ribbon. “

If the bearer has a badge of the League of Fighters of the People Liberation Strugle or a badge of any other social organization, the Ilinden Monument is worn above those badges. “