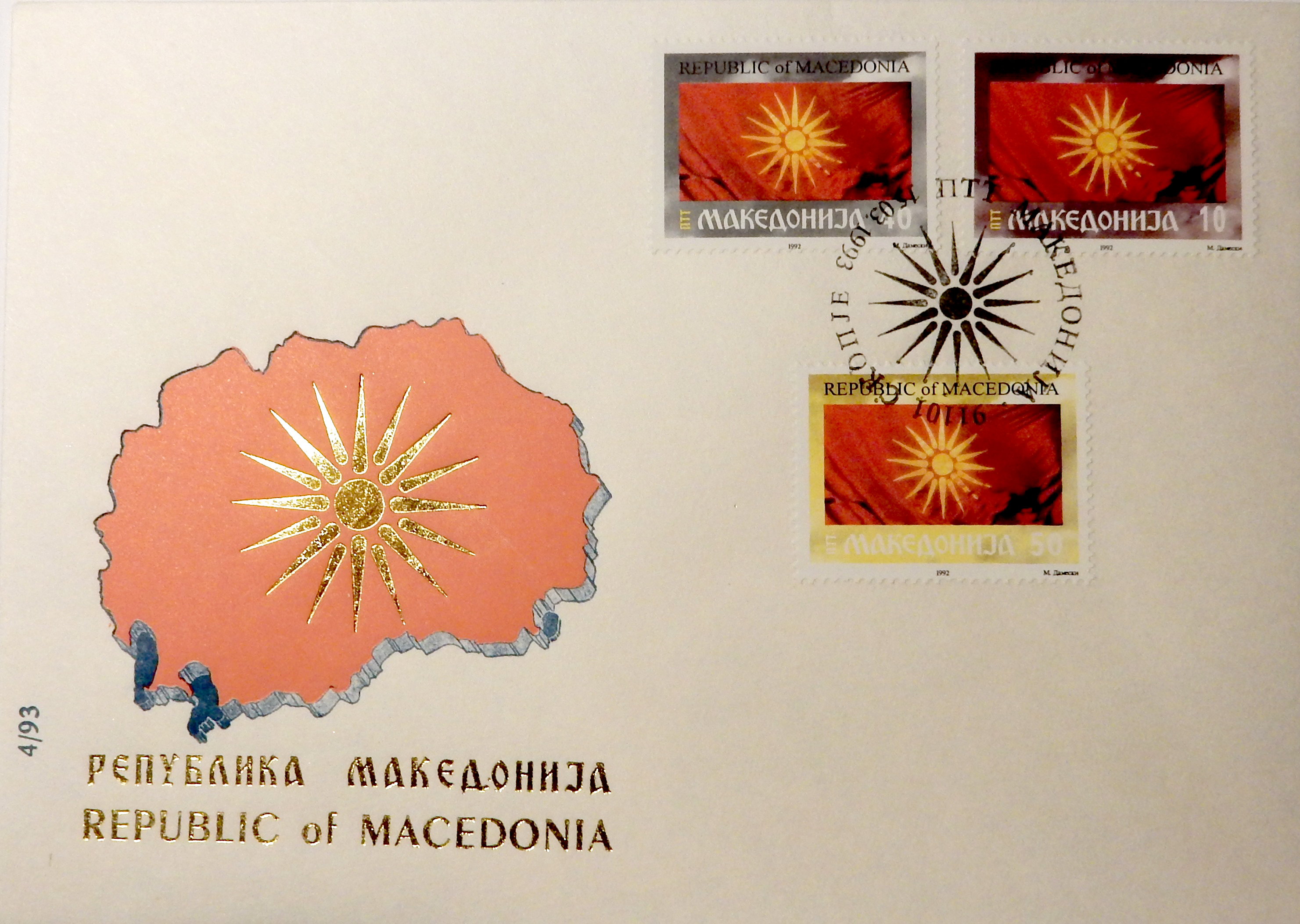 At the first continuation of the 41st session held on 11.8.1992, a 16-ray sun flag was selected. it will be later called the Sun of Kutlesh or star of Vergina. It was not a proposal arrived at the anonymous public competition for the Coat of Arms, Flag and Anthem of the Republic of Macedonia, but the proposal of the independent MP Todor Petrov. From the frist proposal of 1.6.1992, the proportions of the Sun disc and rays, will change three time and will be fixed at: