7 years of Symbols of Macedonia 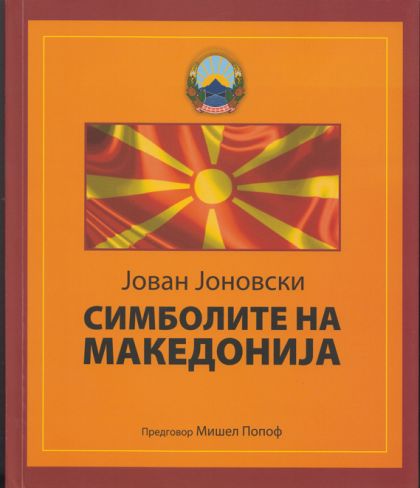 Sample of the book

7 years ago the book  Symbols of Macedonia was published, where on 376 pages with over 600 illustrations are presented the symbols of Macedonia and their development.
The book Symbols of Macedonia by Jovan Jonovski undoubtedly is a cornerstone of modern research and study of the Macedonian symbols throughout history and today. It covered almost all aspects of the development and usage of symbols in Macedonia. The work includes semiotics – theory of symbols, heraldry – the science of coats of arms, Vexillology – the science of flags, himnology – the anthem and phaleristics – for orders and medals.
What particularly makes this case significant is his serious, comprehensive and rigorous scientific approach to Heraldry and vexillology. In this way the book is the first work in the Macedonian science of this volume which deals with heraldry as a kind of auxiliary historical discipline but as of rightful independent multidisciplinary science that itself includes historical, cultural, social and legal relations between armigers and their arms, and arms among themselves. A witness to this is the part of living heraldry represented in the civic heraldic system of the Macedonian Heraldry Society and personal heraldry and of course, serious attempt to handle terminology and sturdier material.
Jonovski with his work makes a serious contribution to the study of the historical development of the arms of Macedonia with the most dignified manner continues what was started by Aleksander Matkovski in the second half of the last century. Of special interest is the representation in the macedonian science of the Arms of the King of Macedonia and the arms of Alexander of Macedonia which is the result of long research.
The piece is written in scientific – popular style and rich with illustrations that makes accessible and extremely interesting reading. It brings a lot of answers about the symbols of Macedonia, but it raises new and thus creates the basis for new further scientific research.