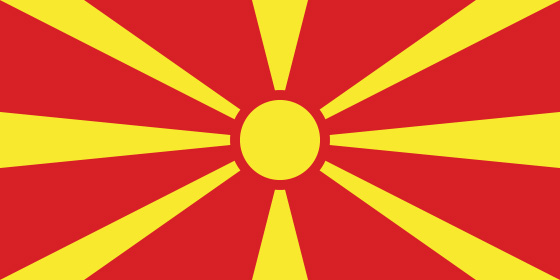 On October 5 this year, the day the new flag was adopted, several media outlets reported on the flag’s birthday. Some of them pointed to Spase Shuplinovski as the original author of the flag. Shuplinovski in his article from 2013 states:

“In 1995, UN Secretary-General Boutros Boutros-Ghali invited Macedonian President Kiro Gligorov to a thematic meeting on the flag in Geneva. The UN Secretary General, having our knowledge beforehand, pragmatically reduced the question to technical: do you have solid evidence that the emblem of the flag was not taken from the territory of another sovereign state, a member of the UN? Gligorov had 80 of my photos and the movie “Sun”. “Take a typical one of these suns and the problem is solved” – I would say if I were in the place of Boutros Boutros-Ghali. Because, in my photos from the field research throughout the Republic of Macedonia, there was not a single identical one on the emblem of Kutlesh. What could Gligorov or anyone else in his place answer, especially from the critics on duty? This is how the current sun of the official state flag was chosen …

Based on these examples, B.Sc. eng. Miroslav Grchev, on call, made an application, then completed it on a computer. “Grcev has given up authorship for ethical reasons, and now the flag officially has no author.”

The text gives the impression that Grchev was called to make an “application” of the flag based on his photographs of artifacts from Macedonia, taken by Shuplinovski, previously agreed by Butros Gali and Kiro Gligorov in Brussels. And with that, Shuplinovsi thinks that he is the conceptual author of the flag. As he claims in his text, he only photographed existing applications in the sun and thus can not take any right over the design of the same.

In the public discourse, the author is considered to be Professor Miroslav Grcev, who describes the whole process for the design of the flag that he did by order in a secret process, in the article In Search of a New Flag by the Macedonian Herald no. 5 (2011), in which he states that there are deviations from his to the adopted design.

Spase Shuplinovski did not work on the design of the flag at all and in no case can he be considered his ideological or other kind of creator.