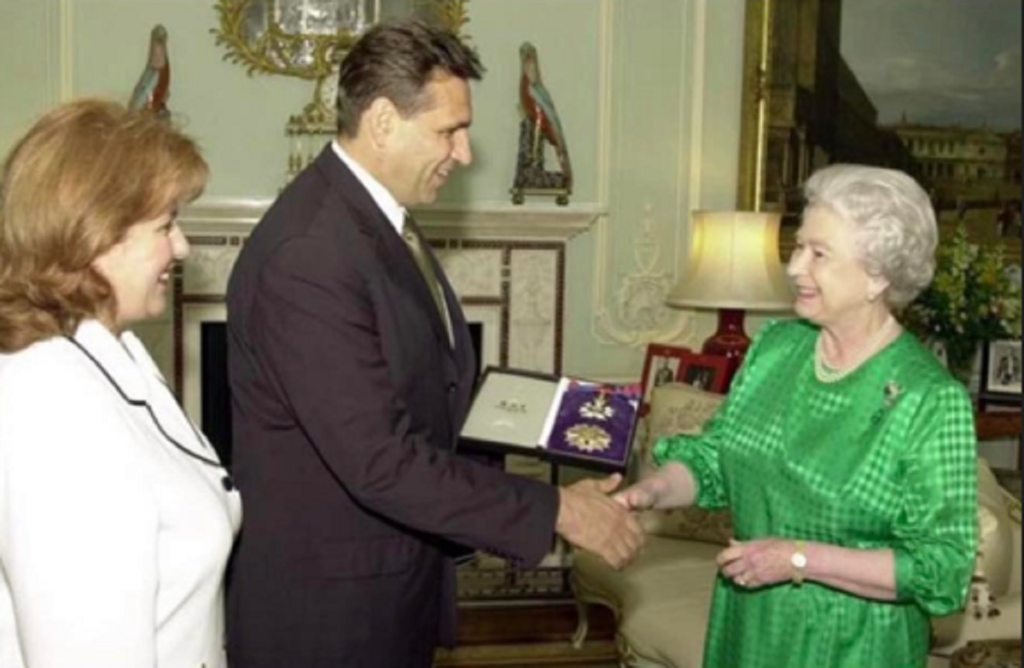 President of the Republic of Macedonia, Boris Trajkovski (1999-2004), during his state visit to the United Kingdom in 2000, was bestowed the  Honorary Grand Cross of the Order of St Michael and St George (GCMG) .

It is a protocol rank of the order that is awarded to foreign statesmen who are on an official visit to the UK, so the recipients are not counted among the members of this order, whose number is limited. Also, this honorary degree does not entail the title of “Ser”  and other privileges when it comes to the highest degree of the sixth order in the hierarchy of the United Kingdom’s system of decorations.