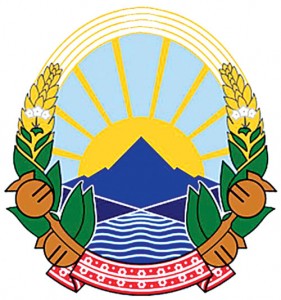 On November 16, 2009 with no debate and only a few seconds as it took the vote, the star from the state CoA was dropped . For removing the star, apart from government coalition parties VMRO-DPMNE and DUI, LDP  from the oposition, also voted in favor. Support of its three members (Andrew Zernovski, Risto Penov and Rosa Topuzova-Karevska) proved crucial in securing the necessary two-thirds majority. Deletion of the star was done with 80 votes in favor, as a minimum for system  laws.  18 members of the SDSM and NSDP voted against, and the New Democracy party boycotted the plea. Contrary to initial announcements by the Government that the place of the star will remain empty, however, there will be no hole on the back, but the merging of wheat grain on top.