Awarding the order of September 8th 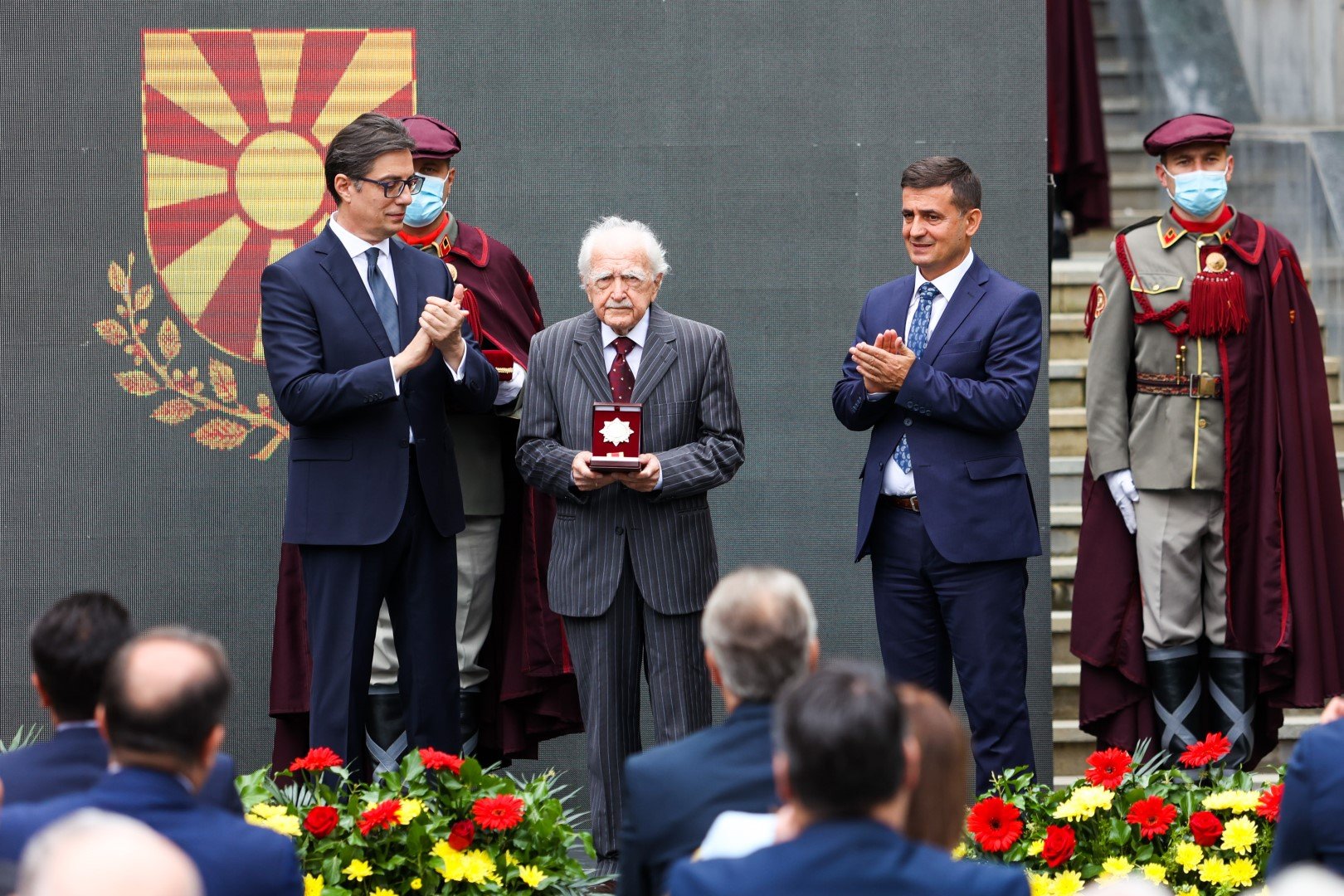 President Stevo Pendarovski, on the occasion of September 8, Independence Day, decorated Stojan Andov, first president of the first multi-party assembly and members of the Assembly of the Republic of Macedonia in the term from 1990 to 1994, with the Order “September 8”.

Stojan Andov is awarded the “September 8” Order for his political activity as the first president of the first multi-party assembly, leaving an indelible mark in the process of building the Macedonian parliamentary democracy, as well as his significant contribution to the adoption of necessary state-building acts and documents. which clearly paved the way for the construction of an independent and sovereign state.

The Members of the Assembly of the Republic of Macedonia in the mandate period from 1990 to 1994 were awarded the Order “September 8” for the adoption of state-building acts and documents that clearly expressed the centuries-old desire of the Macedonian people and other ethnicities to build an independent state. all citizens regardless of ethnicity or religion, as well as the election of the first president and the first government, the announcement of a referendum on independence and the adoption of the first constitution, anthem and flag, which laid the foundations of an independent and sovereign Macedonian state.

The “September 8” Order on behalf of the MPs in the mandate period from 1990 to 1994 was received by Nikola Stojanovski, the first chairman of the constitutive session of the first multi-party assembly and Fadil Zendeli, vice-speaker of the Assembly of the Republic of Northern Macedonia, at a ceremony in the President .

Due to the situation with the pandemic of Covid-19, and having in mind his age, the order of Stojan Andov was bestowed by President Pendarovski in Andov`s home, and at today’s ceremony a video material from this act was shown.